The Myth Of App-only Strategy Bursts!

The Myth of App-only Strategy Bursts! 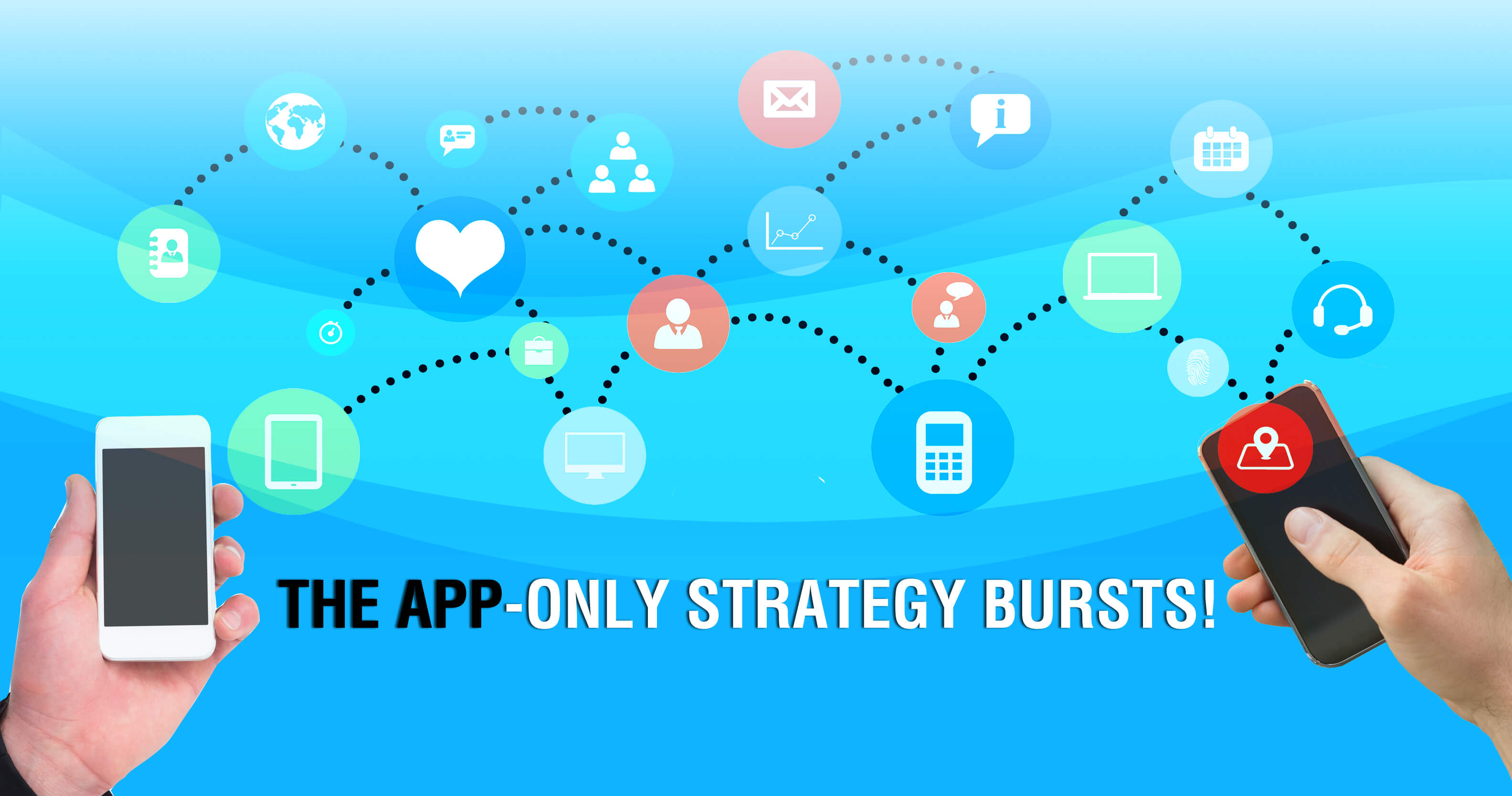 In the recent past, some big names of ecommerce industry came up with the app-only strategies for shopping campaigns. No mobile web for the mobile phone users! But with passing days, ecommerce mobile apps are reducing their novelty. Hence, many users are uninstalling the mobile apps out of their devices for freeing the memory space. In some cases, the rates of un-installation are as big as 90%, as per the survey reports conducted by reputed agencies.

In the early days of December 2015, one of the Indian ecommerce giants – Flipkart was forced to restart their mobile websites for retaining the customers. After implementing its app-only strategy on May 15, 2015, Myntra too has witnessed a sudden fall in the numbers of shoppers and ultimately, the company is also planning to return back with a mobile version of its website.

Almost 70-75% traffic that Snapdeal gets comes from its mobile website. According to Snapdeal’s Chief Product Officer, the era of the mobile web had never died away and it was a wrong decision to shift to the app-only strategy. For the ecommerce service providers, shifting to App-only strategy was never an option and one should go parallel with the both (mobile web and app) formats.

As per the survey report generated by the Internet and Mobile Association of India and the market research firm namely IMRB International, it is expected that India will have around 600 million mobile web users by the month of June, 2017.

It was previously known that though the entrepreneurs and marketing heads rushed to maximize the demand of app downloads, they were not successful to record higher growths. Ultimately, their main emphasis shifted to customer engagement through the use of diverse formats of media. In this scenario, the high expectations of the organisations’ app-only strategy could not be made feasible. The matter of fact is this that two key reasons are there behind this:

1. In smaller towns and cities, you can find beginner internet users who cannot have an access to those expensive Smartphones having massive memory storage. Thus they prefer to use their mobile web browsers to surf and probably buy something from the shopping carts instead of downloading various applications upon their phones.

2. Because of the inconvenience of frequent updates of apps and notifications, many customers prefer to get rid of the mobile applications and they are ready to uninstall the apps from their mobile devices.

That is why nowadays, for improving the offerings provided by mobile websites, both the ecommerce majors and the startups are focusing more upon investing in resources of mobile websites rather than going for applications only. They are moving to build the mobile web apps having some outstanding extra features which resemble the offerings given to customers having mobile apps for having superior experience and comfort. Once again the companies are paying same attention to the users of mobile websites because to have a successful return upon their investments, it is highly essential to have a robust presence across every platform. App development and marketing should go side-by-side.