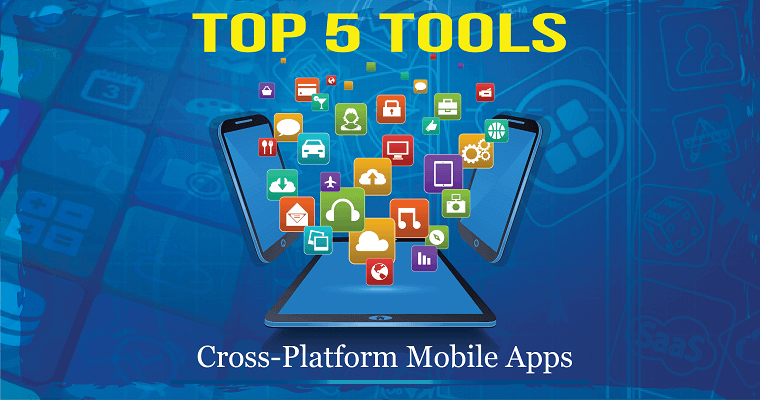 Cross-platform portability has brought a revolutionary difference in the world of application programming language thereby paving the way for running them on any Operating System. Whether Windows, Mackintosh or Linux, you may run the application programme on any one of them. This feature has reduced the burden of coders who need to write variations of programming codes for different operating systems. However, mobile application development paradigm is not that lucky and still there is very little use of cross-platform tools for creating mobile apps. This makes the life of a mobile app developer more difficult. For Android and iOS platforms, the coders need to write code variations thereby increasing its development cost. Herein, few popular cross-platform tools for building mobile apps would be discussed.

Developed by Adobe, PhoneGap is an open source tool that may be easily used by novice app developers for converting codes from CSS, HTML5 and JavaScript. For each specific platform, PhoneGap offers you separate software development kits. Thus, one can develop apps for different operating systems without giving much effort to develop basic programming instructions to run them.

Xamarin offers free starter option and this tool is comprised of many features like monitoring and virtual performance tasting of apps on 1000+ devices. Big names like IBM, MicroSoft, FourSquare ad Dow Jones have adopted this platform. Base of Xamarin is founded upon Object Oriented Programming paradigm especially on C# and Ruby.

Titanium’s Software Development Kit uses JavaScript to build apps for native Android and iOS platforms. One most interesting thing in this is that about 60 to 90 percent of the code is reused while migrating from one platform another. This not only saves great deal of money but also time.

One major significant advantages of using all the above mentioned tools is that they are all open source. Therefore, they invite lots of contributions from eminent developers. Such contributions grow them rich and problems arising from bugs are also solved in this manner.

HTML5 is the darling programming language for all website developers and designers and Sencha lets you develop codes for mobile apps based on HTML5. Sencha has introduced many new products in the market. But most popular among them is Ext Js 5 that lets developers to work on selected devices on different platforms. This in turn enhances its productivity because coders could write minor changes in code using the pre-built components thereby saving time and money.

Great games could be programmed using this tool. One of the major features of Unity 3D is its great quality graphics that enhances the visual appeal of the games. In addition to give simple options for translation, this tool lets you the advantage of exporting your developed games to various different platforms. You may develop the code based on C# or UnityScript and export it to Xbox, PlayStation, Linux, Wii, iOS, Android, Windows as well as on Webs.