What Are The Latest Android Development SDKs, Libraries And Frameworks To Use In 2021?

What are the Latest Android Development SDKs, Libraries and Frameworks to Use in 2021? 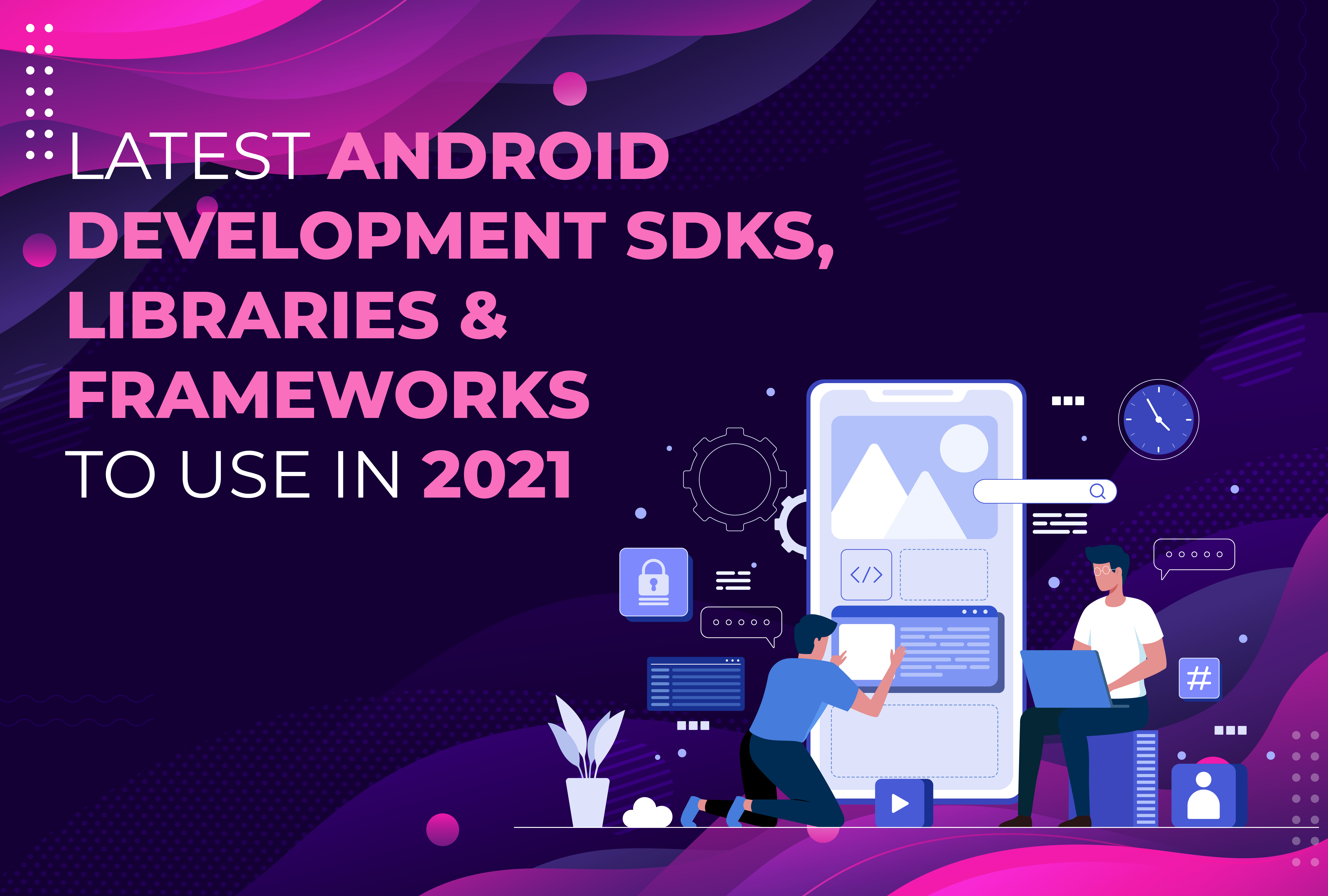 The introduction of Android has been one of the most crucial incidents of this modern age, and since 2007, this OS has been occupying a considerable section of the Smartphone market. During this period, Android has been growing exponentially with a large number of different devices. They come in different hardware that can range from budget Android phones to state-of-the-art devices presented to be the Flagship of the brand. The OS is not just present in phones, but watches and televisions too. In such a scenario, a discussion on Mobile App Development Service is relevant and necessary.

Knowing or finding ways to make these apps better and capable of fulfilling the clients’ expectations is crucial too. This is the age of apps, and organizations are getting more invested in getting a dedicated app developed to reach a greater number of the target audience. One of the biggest issues with apps is the various glitches they experience from time to time. Usually, apps function smoothly, but when they are burdened with several functions or the load increases, the smooth function becomes tough. There are several Android app development frameworks and libraries that can help. You need to select the best of them for the smooth functioning of a mobile app.

Frameworks you should look into for Android Mobile app development

The Android platform comes with several frameworks such as Flutter, Reach Native, Ionic, apart from the default and most popular option, Kotlin. Knowing about them in detail will help in making the right decision. Discussing these options and finding detailed information will help you better understand the subject and make the right decision. The details are:

The first thing you need to know about Kotlin is an excellent language. There are features that have propelled it to such a prominent position in the industry. It comes with features like null safety, Extension functions, Coroutines, Lambda expressions. In addition to that, developers like the reduced boilerplate code. They get to write instead of Java and optional semicolons at the end of every line. There aren’t other viable options apart from the Native development kits when dealing with different devices such as Google TV or wearables. This is because the cross-platform SDKs do not support these devices.

The most significant drawback of Kotlin is, the development can happen for a single platform. The best-case scenario allows the use of KMM for the logic part and API calls, and though it does not offer any help for cross-platform UI design. This design has to be done by using native development kits only. Hence, there will be some difficulties in using Kotlin in Mobile App Development Service, especially one not appropriately strategized to handle the issue.

The introduction of Flutter happened in 2017, which is relatively recent in comparison to several other cross-platform SDKs in use. Dart, the language used by Flutter, does not work as these other SDKs. Dart is a mature modern typesafe programming language and comes with features like Null safety, Extension methods, Higher-Order Functions, and they are perfect for handling contemporary app development challenges. Using Flutter ensures that developers can create great UI experiences. The composable and declarative approach of Flutter works seamlessly and without hiccups across all platforms, including Android, iOS, and Web.

According to the experts, Flutter will soon be available for Desktop as well, and the best part is, it can be added to the existing app. Though beginning with Flutter is simple enough, it poses some unique challenges and complications for developers with a functional programming mindset. Till now, Flutter does not support Wear OS and Apple Watch. If you are to use the code on different devices, including television and wearables, then this one won’t be of any help.

Another drawback of Flutter is that accessing the latest functionality of UX update won’t be available immediately after Google or Apple releases them. It is because Flutter does not use first-party UI toolkits. It renders the widgets personally. This practice helps in achieving the same level of accuracy on different platforms and performance too. However, it won’t be the right choice for the first UX/UI updates released by the respective ecosystem owners.

After Android and iOS, React Native is the largest and used platform for developing apps. Therefore, it is one of the leaders in cross-platform SDKs for mobile apps. Because of its use of JSX, a large section of the JavaScript developers prefers React Native. Unlike Flutter, this one uses real native platform-specific components, ensuring native appearance and performance. This means the developers need to write the code only once, and they will also get support from both Android and iOS platforms. It is a tried and tested SDK, but the developers have complaints regarding building binaries. While using React Native, the same code cannot be used for web and other platforms, which is a disadvantage.

At the I/O 2018, Google had announced a collection of libraries to help the native Android app development industry. Due to the availability of these libraries, it has now become possible to follow best practices, reduce boilerplate code and write code that will work consistently across Android versions and devices. Some of the libraries are:

This one has been developed in Kotlin and requires less configuration, supports lazy injection, ViewModels, and the generation of boilerplate code is less too.

One of the best typesafe HTTP clients for Android and Java, Retrofit is simple to implement and a common choice for a developer. As Retrofit supports popular serialization libraries, choices can be made according to the need.

Developed by Google, Volley supports scheduling of network requests and will be a better choice when looking for a network client for all the operations, including image loading.

This one makes fetching, decoding, showing video stills, images, and animated GIFs easier. Glide offers a flexible API and allows developers to plug in the whole network stack. Due to the support regarding video still and GIFs loading, a large section of developers.

Backed by Facebook, Fresco helps an application to run faster and reduce the OutOfMemoryError, and loads images faster.

This image loading library is the first one to be entirely built-in Kotlin and also supports Coroutines. It is lightweight, fast, modern, and easy to use.

When it comes to analytics and crash reporting for Android apps, Firebase is one of the most suitable solutions. It helps in tracking crash reports in real-time and makes it possible to define events by the owner to track user behavior.

Having access to these tools and the knowledge informing about them is necessary for every developer. Becoming familiar with the latest Android Development SDKs, Libraries and Frameworks will provide an excellent and beneficial knowledge-base for any developer which can be built upon for better results.