What is the Right Choice for Your Business, Android or iOS App Development? 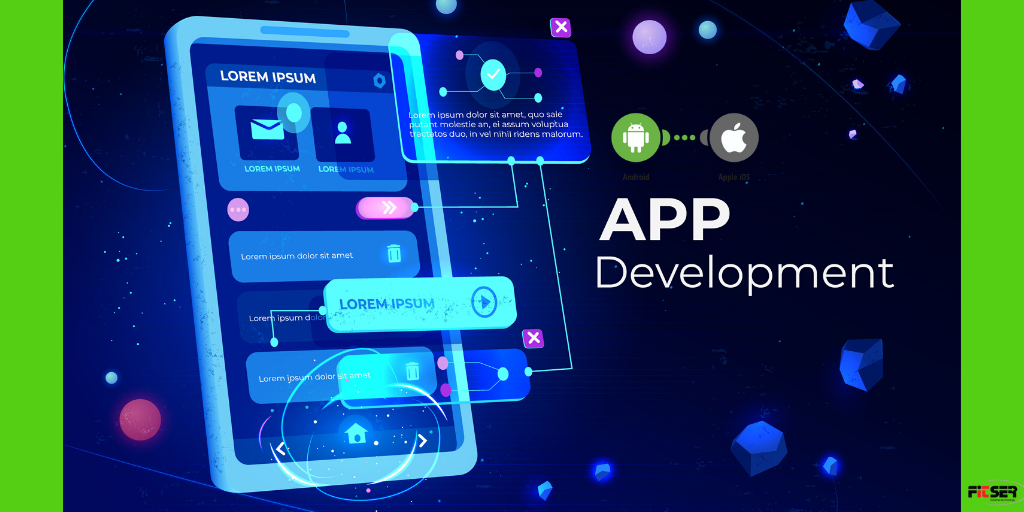 Selecting the platform for your mobile application is nothing less than creating the road to success. There is no doubt about the fact that a huge part of the population earns their bread from digital gadgets in contemporary times. Also, it is a great market for the organizations that serve.

However, it is also true that there are different people in the world with their individual tastes. In such a case, it is significant to choose the right platform that will gain a huge market share. It is true that iOS and Android are the two leading platforms when it comes to mobile devices around the world. These two has the largest market share leaving other operating systems behind.

According to a recent statistic, Android is the leading, popular and most used mobile operating system in the world. Well, iOS is not far away because they have a market share of near about 13% which makes it the second most popular as well as a highly used mobile operating system in the current world. iOS is also growing fast in the market with the passage of time. It is because of this reason the demand for iPhone app development company in Canada is really high.

What You Should Consider Before Developing an App?

It is a fact that many organizations in the current times are developing their mobile applications in both operating systems. However, whether you are going for one or both make sure that you consider the following conditions before developing an app.

>  Remember to ensure that your application is beta tested. If your app is not liked by the market then going for both the platforms can be a setback for the company.

>  A company in its growth stage should manage their finances as well as keep them intact to avoid any leakage. The expense of app development on both platforms would mean more expense or more investment in the various aspects of application development. Make sure to remember this point before talking to an app development company in Canada.

What Should You Know Before Choosing the Right Platform for App Development?

Yes, it is true that selecting the right platform for app development is a tough choice when you have no idea regarding the current market.

It is common that every business has its aim on the profit at the end of a year. In that case, it must be understood that a large number of users may not provide the amount of profit which a small number of users with a big wallet can provide. Hence, numbers are not always the point but you also research on your target audience to understand the difference in the flow of profit for your business.

There is no doubt about the fact that Android has a bigger market and hence, the number of app downloads is always higher. Furthermore, Android hosts a large number of advertisements on its own platform which ensures higher returns, therefore makes a huge profit.

The cost of developing an app plays an important role in choosing the right platform for developing the mobile application of business. In such scenarios, organizations need to consider this factor because the cost is an important issue because it will affect the budget of the business subsequently.

An update is an important part of the mobile application because it ensures the success of the app in many cases. Updates also keep customers loyal to the company for many days. Also, an important update in an app affects the accomplishment of the app along with the service you are providing through it.

>  The community base of Android is wider which means it has bigger assistance for the developers as well as for the users.

>  In the current times, many platforms serve Android because of its huge number of users. Besides, it is easy to design plus it has ready-to-go templates designed simultaneously.

>  The apps in Android are not hard to use and even release in the market along with quality marketing support. At the same time, the abundance and highly compatible platforms allow for broad strategies for the respective company.

>  Every device in Android is very different plus each device is developed by focusing on certain things on the device.

>  In many cases, the applications in Android fail to keep up with the various features of various devices, if the apps are not developed keeping the features in mind.

>  Also, the apps for Android go through complicated testing because of the high variations in the devices and versions. Hence, the testing process is time-consuming, recurring and costly simultaneously.

>  Just like their market, iOS has a higher stratum of users plus enjoys larger revenue compared to the Android.

>  Furthermore, iOS is particularly designed for Apple devices, therefore has the power to leverage features and prospects simultaneously.

>  There are intact as well as strict guidelines when it comes to releasing of an iOS application in the Apple store. Hence, the chances of rejection are higher in iOS than in Android.

>  After an iOS application is developed, it goes through a complicated process of customization and within restrictions simultaneously.

Selecting the right platform for your business app is not a matter of debate but it is more about benefits, target audience and profits. In that case, it is necessary to note down the requirements so that it can be scrutinized to understand the right platform that will benefit the company’s app. On a concluding note, the intention should be to provide the best user experience keeping in mind that it will generate returns at the same time.